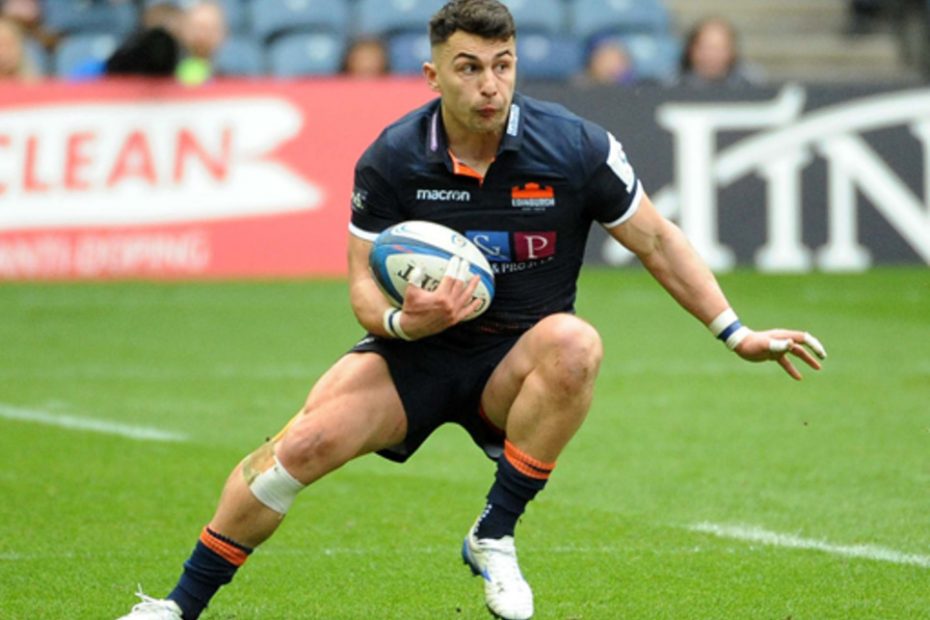 High-level athlete careers do not always go as planned. When put in an unexpected situation, it is good to have a backup plan. Damien Hoyland shows how disappointment can be turned into an opportunity.

Damien is currently a professional rugby player for Edinburgh Rugby. Since becoming a professional rugby player 7 years ago, he has had 80 appearances for his club team and 4 caps for the Scottish National team. Next to his rugby career, Damien is also studying a degree in business and entreprise in sport at Edinburgh College. The past three years have been what he calls “a mixed bag” for him struggling with injuries. In total, he has had four serious injuries that all required surgery and had him sidelined for a total of 20 months. These setbacks left him struggling to rediscover his form until very recently.

During his time being injured he fell in love with everything coffee related, especially small-batch coffee roasting. With his background in business and entreprise, one thing led to another and he decided to start a coffee business to keep him motivated and busy outside of rugby. Initially, the business was set up to provide coffee for friends and family but that changed a couple years ago. In 2019, “Ruck Coffee” launched its website which anyone can now visit to order locally roasted quality coffee.

Damien has no doubt that he has picked up skills and traits from his time being a professional athlete that have benefited him in his transition to business.

“The one thing that stands out more than anything is having the ability to turn setbacks and disappointment into opportunities for improvement.”

He explains that situations in sports can be compared to those in business when an alleged failure is turned into an opportunity. As an athlete, when he got injured during Scotland Camp in the Autumn Nations, he used being sidelined for months as a chance to get himself into the best physical condition he had ever been in. Similarly, with the business, there are times when perhaps sales were not as expected over the duration of a month. However, having acquired the ability to deal with setbacks in rugby, he rather perceived this as an opportunity to turn his attention to proactively finding solutions such as working on the marketing strategy.

Taking experiences of athlete entrepreneurs such as Damien into account is important in developing the curriculum for the AtLAS entrepreneurship training course. More information will be available soon.